Crystalline
Crystalline describes an organising field that emanates from the great heart of our central sun.
A sun like no other yet in fact it directs all others. It is a bright void of pure omniscient potential. It has no frequency yet it the source from which all frequency is remembered. It is in fact the glorious attention of this great heart that all of nature loves to align and bask in. Yet there is no wave length. There is only a severe shine of super serene presence. A silent colourless field that BE or IS beyond time and space. It emits a powerful and delicious nothingness of everything; Shiva essence to command quintessence and brilliance of being. The whole of nature dances to this Crystalline field of ecstatic ISness.

A multidimensional ever emanating curved grid shine. It feels like unmitigated bright and intent pale gold. It emerges eternally outward from its’ centre, and IT IS utterly quiet.

It simply IS; as IS you. If your field is clear and listening it will find itself dancing to this thus mute and saturated, radiant luminescence; an unquantifiable cosmic love light. The essence of the essential. Effortless and innate, fundamental and absolute.

Water is an agent of Light.
It is the liquid crystalline love light of life. Light has its’ attention on water and visa versa.
We observe the consciousness of water, light & love in their same actions of beingness.
Attention is Love, said Emoto. I agree.
The Spirit Of Water 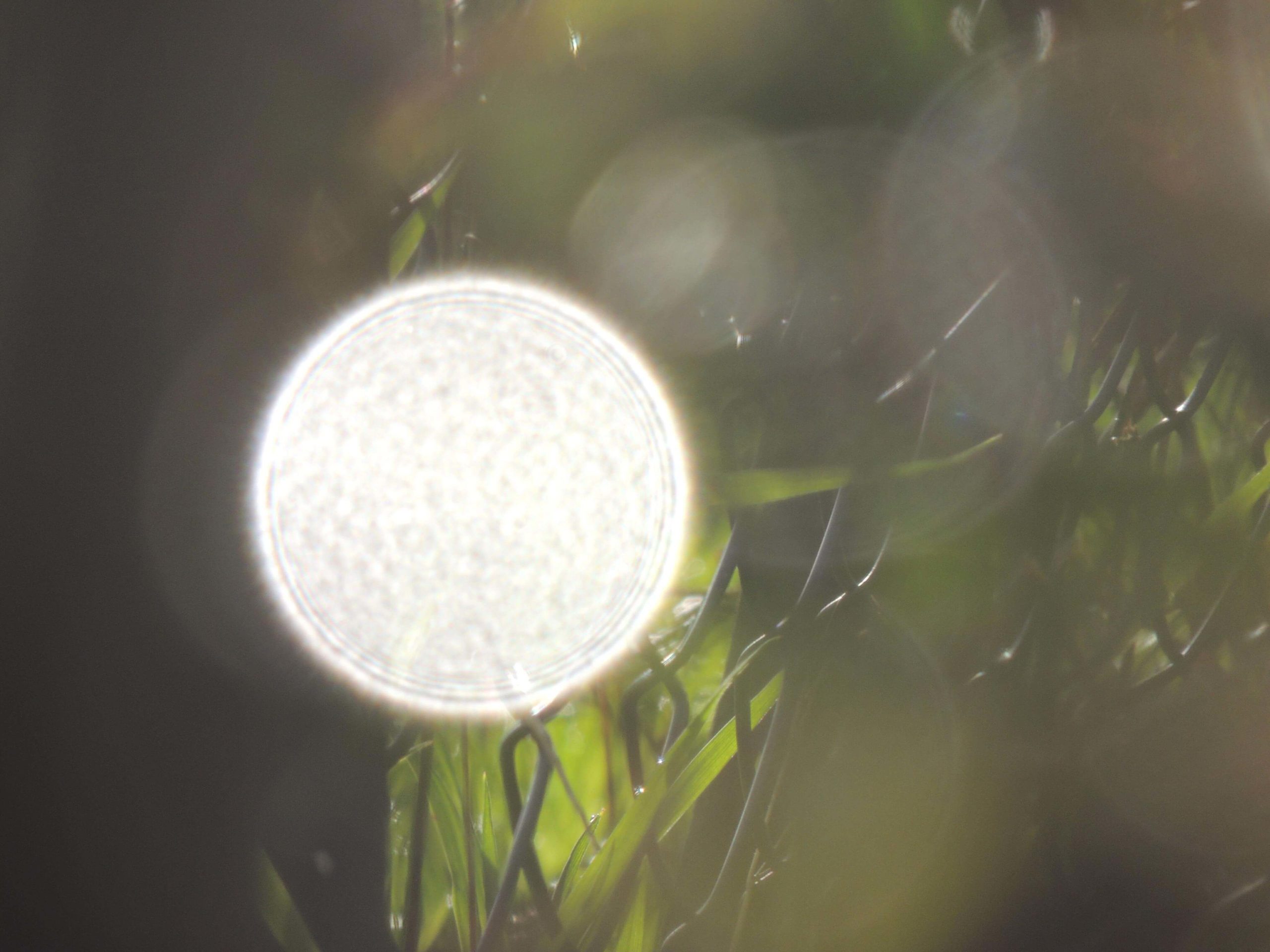 As Are We;
Intensely Mysterious.
The Essence of the Essential.
Absolute in Sensitivity, Creativity & Livingness.
Jeweller of our Planet. Iridescent. Always Willing. Elusive, Opportunistic and Wholly Whole.

In the beginning, perhaps it was water that held the memory of all that ever was
‘to be or not to be’.

It is Life
It is Love
It is Light
It is Liquid Crystalline Love Potential
On earth, the Elemental Alchemist, Crystallia loves to visit the place in clouds that tenders such coalition …. A place of pure transparent white and weightless crystalline emptiness. Lighter than Maats’ feather. Zero Point. She can go there physically or she can simply light up the very core of her heart and pineal area to be directly connected to all the nothings of creation between and beyond everything; the crystalline zone.
The best way to enter the portals of these ‘golded’ regions is simply to engage an intention of surrender. Immediately an unbounded weightlessness ensues, melting the trapped fires of memory.

At this moment Crystallia anticipates the thrill of a prickly sensation to infiltrate her entire composition, from the shimmer of her outer extremes of diamond clad coat, to the empty centre of her coral pink and rhythmically pulsating heart of light, within. A further shedding allows the frozen cold in, which begins recalibrating her form to match the stuff of stars and ample void. Her form turns vapid and begins vanishing as she relinquishes each and every iota of colour that fades from its’ grip and gives way to nothing but a bright distinction of insatiable silence. A delicious transmutation into zillions of minute geometric expressions of omniscience magnetised from the great void takes hold. A marvellous moment emerges as each particle coalesces with the pure and crystalline heart of creation. And she knows herself to be a part of such resplendent distinction. I am that. Dissolved and dancing with abandon to the buffeting of icy air, ‘I is’ she manages to squeeze a thought. Crystallia, now a cluster of snowflakes with an emptied mind, finds that a mischievous zephyr has playfully thrust her from the heedless zone to the blues of Suns’ day, beyond. She immediately feels warmth minutely minx the spell of cold as sun strokes each freshly frozen pattern with a mutable quick silver impulse. Each individual geometric shape shifts its patterning slightly to align with the ardent ideas of Sun. The flakes then gleefully float to dream, spin and gleam their way down to earth where they gently concede their sagacious substance into wherever they land.

Acknowledging Mandelbrot Art above – that says it all !
Once every mote has landed, Crystallia finds herself rearranged; refreshed, recharged and ecstatically spry.

There is another such place of exquisite articulation.
Perfect rounds of liquid diamond 💎 inhabit the eternal longitudinal band of predawn creep that lingers forever on the edge of daybreak. East of it is a limnal zone where the very first needles of dawn are still only a promise – a vacuous and magnetic no place of yearning looms. A touch to the west of it is a range of unique colour; a continuum graded subtlety from dark to light, from black to bright.

This field is unusual in that dew within wriggles to the surface of all things with a specific umbral intent which is duly burned away by dawns’ golden hues. These night soaked colour sounds would sing secrets of Lucifers’ ploy to the whole of creation were it not for the molten golds of dawn. And so it is that the sensorium of dark’s water is thus burnished to transmute another day; rekindling the desire of dawn to melt nights’ mischief and stealthfully steal crystalline love light into the dark divide. 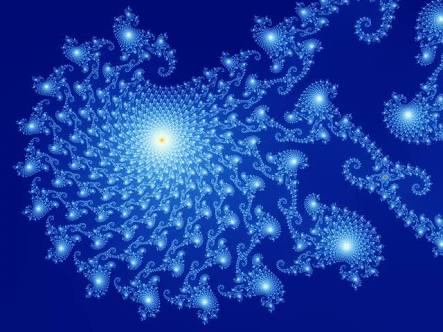 A part of Crystallia is always present in this delicious continuum of finely dappled mantle that sumptuously warms as the sun spears in to enchant the magic of that Mystical hour; shade shifting black from night, dark to light, colds’ sweet plight, bright to white.
Furthermore rapture resounds as each dew drop; lusciously charmed, begins to shed molecules to rise upward towards blues magnetic pull to further transform; in the ‘zero zone’; of the cloud girdle. To transmute; be nulled to zero point so that the Crystalline void may re-member its’ stolen light.

Aligning always with the suns core; ultimate in intelligence of divine and sweet Light potential,
Despite always partially revelling in the transitory process of the pre dawn belt and lofty quiet zones within clouds, Crystallia finds new delight in art another place of transmutation. A place between above and below. A place of perpetual movement and ultimate colour exchange … betwixt land, sea and a Iquitos sky …. a hallowed place of extreme play.

In Hawaii on Big Island is a bay called Hononou … she lay there exactly on the surface where she could observe the liquid space between the under surface of the water and the upper surface of rocks below, jostled by moons’ relentless tide – revelling in a rapturous dash of play, etched in by light above. The mercurial / silvered sky roiled and morphed majestically in a flourish of fast forward and rewind motion. The still shapes of solid rocks below screened a flurry of squiggled light and sharply shifting shapes from the wildly rolling firmament opposite. Ecstatic explosions of an exuberant light spectral ( and something more) swirled and reflected everywhere and instantaneously; too fast to contemplate. Only to feel, almost see and to know. Boisterous. Solid earth, liquid sky. Infinity between. She hung onto a rock; air above the mercurial surface, fire beneath the rocks below. Being buffeted by a thunderous & exultant tide bounding in and sucking out; loosened the bonds of matters liquid make up so that alchemy could abound in its’ mystical union. Released in rough and blazing; exuberant play.

In Essence a dash of iridescent and raucous rhythm squeezed the light from inside; out to white. An exhilarated extrusion of whirled wizardry commanded a profusion of sparkled spry and sprightly spume to stampede and loosen matters firm majesty. Releasing & transmuting prismatic quintessence, quietessence into a scene that was anything but quiet. Revealing a vivacious quiver of ordinance, exquisite liquid love quartz; golded to bright. Insistent. Intrinsic. Recalibrated to white and beyond white. Zeroed. Vital and essentially crystalline. As are we.
If we can hear and thus be. If we are present. And was she in that moment.