An immense hydrogen cloud emerged from the central sun and ploughed through space at incredible speed to conquer the nothingness that once was everything. 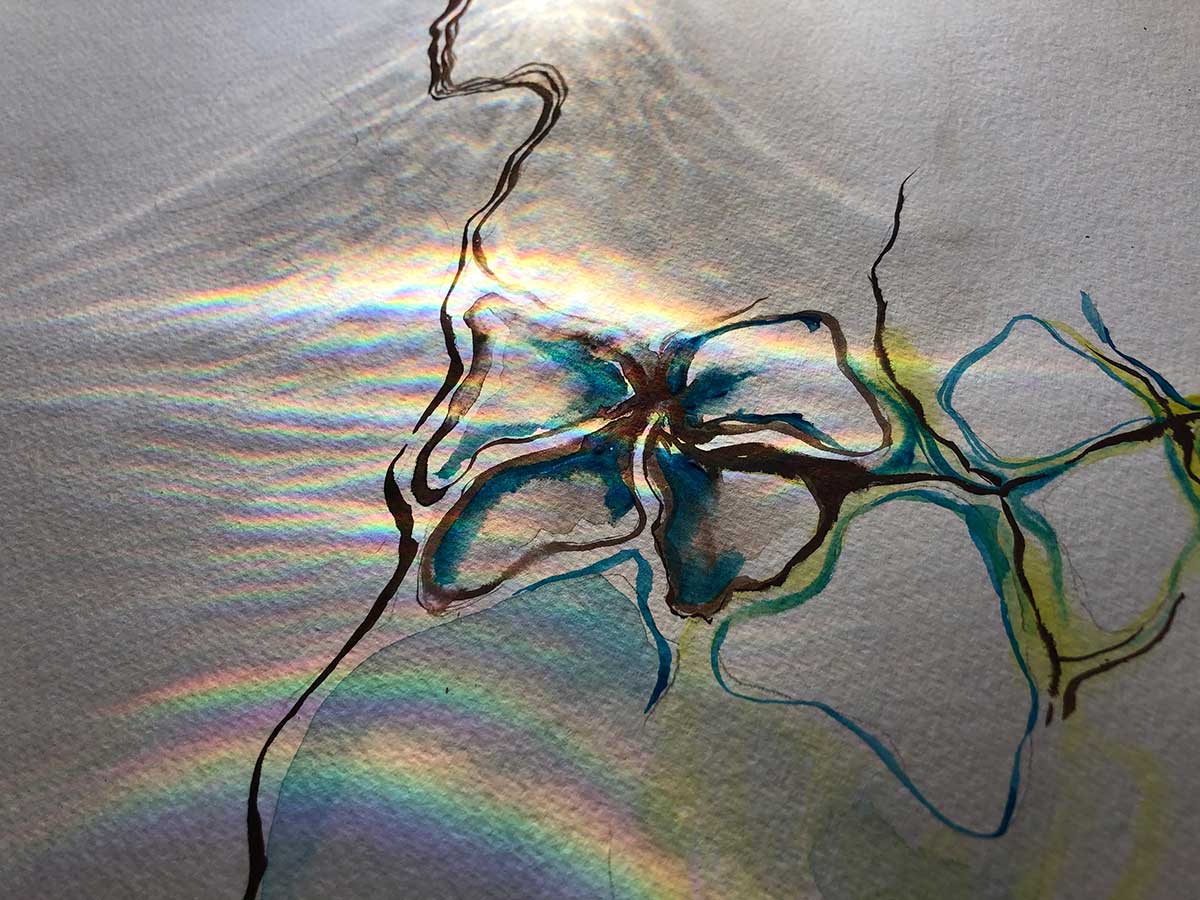 It met earth at the edge of the universe;
fiercely burning in her fiery solitude.

It circled a few times, drawn by the warmth and coppery hues of great flames that sprawled and surrendered to the insatiable blackness.

Soon, (in terms of cosmic time) the two bodies merged in deep and long embrace of silvered smouldering which slowly sizzled out. A blue pearl of watery turquoise appeared and forever turning was left hanging in then in-finite and eternal dark.

We see its immutable form bubbling in the cumulus, glowing in the morn-ing dew, sparkling in icebergs, pouring from the sky, sliding down fern fronds, riding the wind; forever transmuting, multi-dimensional, emerging and slipping away.

And stirring the swell into the deepest fathoms of pitch ocean …